What is Needle Release (Aponeurotomy)?

Dr. Grabow is the only hand specialist in Nevada who is an expert in Needle Release (Aponeurotomy) for Dupuytren’s contracture.

WHAT IS NEEDLE RELEASE (APONEUROTOMY)?

In Dupuytren’s disease, a layer of tissue just under the skin of the palm becomes hard and shrinks. Dupuytren’s may result in a lengthwise tightness beneath the skin of the palm which keeps the fingers from straightening, called a “cord”. With needle aponeurotomy, a physician lengthens a tight cord by cutting it beneath the skin with a small needle, usually at several points along the line of tightness.

Technically speaking, needle aponeurotomy is a type of procedure referred to as a percutaneous fasciotomy. “Percutaneous” means going through the skin with the smallest hole possible, and “fasciotomy” means cutting fascia, which is the layer under the skin affected by Dupuytren’s disease.

No. It helps to relieve the contracture by releasing the tension in the fascia allowing the finger to be straighter. There currently is no medical or surgical cure for Dupuytren’s contracture. All procedures and treatments can result in recurrence.

CAN IT TREAT OTHER CAUSES OF BENT FINGERS

No. It is only used to treat Dupuytren’s contracture. Bent fingers caused by trauma, arthritis, trigger finger, or medical conditions producing hand stiffness such as reflex sympathetic dystrophy, scleroderma, or diabetic stiff hand syndrome cannot be treated with needle aponeurotomy. Considering the number of causes of “bent” fingers, it is important to confirm the correct diagnosis with your physician prior to initiating treatment.

NA is usually not appropriate for hands which are persistently painful, tender, or swollen.

WHEN IS NEEDLE APONEUROTOMY POSSIBLE?

The percutaneous treatment of Dupuytren’s contracture is always an option if the following are present:

CAN IT BE USED FOR SIGNIFICANT CONTRACTURES?

As long as the skin is acceptable and clear cords are present Needle Aponeurotomy is an option.  Often in severe cases, two sessions, three months apart, may be needed to achieve the most benefit.

In a word – no.  Although there are patients who have achieved perfectly straight PIP joints after Dupuytren’s Contracture release, this is an unsolved mystery in our profession.  Whether the treatment is open surgery, percutaneous treatment, or another approach, we can never fully predict the end position you will achieve.  Just like we cannot predict if and when it will reoccur.

There is no way to guarantee anything in medicine other than the fact that we try our best to achieve optimal results.  Dr Grabow will estimate the likely improvement based on you pre-procedure measurements but even this is only a rough estimate. We have had patients gain full extension over a two-week period after his procedure due to diligent use of a night splint.  Additionally we have had individuals gain full extension at the time of treatment.

The goal of the NA procedure is to get your fingers noticeably straighter without the risks and the ordeal of traditional open surgery.

WHY IS IT HARD TO GET THE PIP JOINT STRAIGHT? SHOULD YOU HAVE SURGERY INSTEAD?

PIP joint stiffness is the toughest problem facing a hand surgeon. If it involves the little finger, you may even see us shed a tear.  There is currently no solution to this difficult problem. The way the joint is shaped on the inside makes it prone to getting stuck with a bend if it sustains any injury or chronic condition. You can develop a permanent bend in the joint from a sprain, tendonitis, or from having surgery on the joint itself. When the joint is bent close to ninety degrees, surgery may give a better improvement than NA, but it is very unpredictable.  If a patient’s primary goal is a straight finger, and motion (bending) is not that important, there are several options available to provide a straight finger.  Unfortunately,  if you need the finger to be able to straighten AND bend (like most of us do) we are faced with a challenge.  You can see that this is a complex topic and is best addressed individually.

NEEDLE APONEUROTOMY vs SURGERY: WHICH IS BETTER?

Unfortunately there is no clear answer to this common question. It depends on your goals and expectations with treatment, your interest or willingness to participate in therapy, and your patience with the post-operative recovery process.

Dr.Grabow offers several forms of treatment for Dupuytren’s Contracture including surgical fasciotomy, limited fasciotomy and external fixation, as well as needle aponeurotomy. After a thorough exam and discussion of treatment options, a treatment plan is chosen.

When a patient being a good candidate for both surgery and percutaneous release, here are the facts:

WHAT ARE THE RISKS OF NEEDLE RELEASE?

There is no cure for Dupuytren’s contracture. Nodules, cords, and contracture have a 50% recurrence in 5 yrs with open surgery and a 50% recurrence with Needle Aponeurotomy (Percutaneous Release) after approximately 3 years.  That does not mean it will come back,  but there is a good chance. Our treatment goal is to achieve straighter, more functional fingers.

Since Dupuytren’s more often effects older men, the presence of arthritis or hand stiffness in this population is not uncommon. This hand stiffness will not be improved with Needle Aponeurotomy.

After any hand procedure, some inflammation does occur. Needle Aponeurotomy (Percutaneous release) is no different. When a patient already has a reason for finger stiffness, an increase in inflammation of the hand can make the stiffness worse until the inflammation resolves. This is similar to someone with an arthritic hip or knee having pain and stiffness after a lot of walking.

The most common problem with Needle Aponeurotomy is that the skin of the palm may crack open when the finger is straightened. This happens in about one out of twenty procedures. This is easily treated with a small adhesive bandage (Band-Aid®) on the palm until it heals, typically in 7 to 10 days.

The Paris group reviewed their results of nearly four thousand Needle Aponeurotomy procedures in 1995 and found a less than one percent incidence of nerve injury. Infection, bleeding and tendon injury were also reported, but in much less than one percent of the procedures. These results compare favorably with the risks associated with open procedures for Dupuytren’s contracture.

Any procedure that involves breaking the skin with a needle or knife has a potential for infection. The hand is cleansed with alcohol and iodine prior to the procedure and all equipment is sterilized.  However, infection is always a risk, although statistically less than 1% in all procedures.  In general, post-procedure infection in hand surgery is extremely low, even when one considers bigger surgeries with large open wounds.  Considering the minimally invasive approach utilized, infection is uncommon.

Injury to soft tissue structures such as tendons, nerves, and blood vessels is a risk for all surgical procedures. Tendons can be partially cut or injured with a potential risk of rupture if they are weakened significantly. Like in all hand procedures, we take every precaution to minimize or eliminate these risks.

COMPARISON OF RISKS WITH OPEN SURGERY

WHO SHOULD PERFORM THIS PROCEDURE

Although this procedure is not surgery, Dupuytren’s contracture is treated by hand surgeons due to the complexity of the problem, and its treatment options.  One cannot truly appreciate the complexity of hand anatomy and the treatment of hand contractures without having a full understanding and experience in its surgical treatment, splinting techniques, and postoperative rehabilitation.

Yes, it is true that French Rheumatologists have been doing this procedure for years and taught the first US hand surgeon the technique.  However, as is true for all medical procedures, procedures can always be improved upon in the areas of safety and efficacy.  Dr. Eaton took what he learned and refined it to maximize safety and results by applying the knowledge and skill only a hand surgeon who performs the traditional surgery for Dupuytren’s can have.

At the Dupuytren’s Clinic of Nevada, you are treated by a fellowship trained, board certified hand and upper extremity surgeon.  We approach each patient as an individual and treat Dupuytren’s Contracture a variety of ways depending on the patient’s goals, previous history, and current state of the disease.  In construction terms, if all you have is a hammer – everything starts to look like a nail. We have a full tool chest. That is the true benefit of the hand surgeon’s expertise and experience.

Needle aponeurotomy (percutaneous release) is only a “tool” available to hand surgeons as one of the treatment options for Dupuytren’s contracture. Only a qualified hand surgeon can evaluate your hands throughly, ensure no other underlying condition exists,  and discuss all the treatment options with you to provide you the ability to make an intelligent decision on your care. 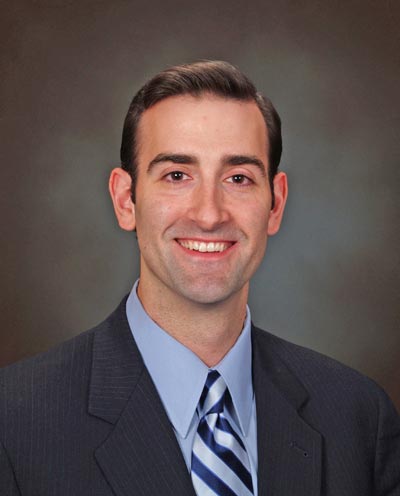 Learn Why This Matters

ABOS Board Certified Orthopaedic Hand Surgeons are more likely to deliver care that is: 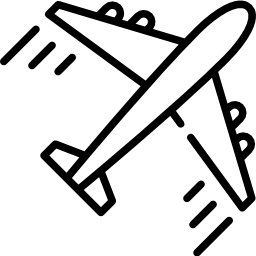 OUT OF TOWN PATIENTS 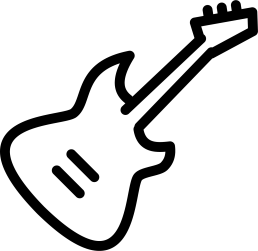 Get In Touch With Us Today

Contact Us
Accessibility by WAH
Call Us Text Us